The rapid technological advances and the ever expanding use of mobile devices, from smartphones and tablets to wearables and wireless sensors, have not left the healthcare sector unaffected. In this article we will touch upon the definition of the mHealth apps, the relevant FDA policies and the EU regulations as well as the importance of mHealth app localization to ensure regulatory compliance and user accessibility.

What is an mHealth app?

Mobile health (mHealth) is defined as “medical and public health practice supported by mobile devices, such as mobile phones, patient monitoring devices, personal digital assistants (PDAs), and other wireless devices” and its market size stood at USD 11.17 billion in 2018 and is projected to reach USD 57.57 billion by 2026. With over 325,000 mHealth software apps currently available on the market, and their constantly growing popularity in developed and developing countries around the globe, mobile technology is changing the rules in the way healthcare professionals and patients interact.

The range of mHealth apps is broad and under constant expansion, including useful and valuable tools for both the individuals/patients and the medical staff: apps for vital sign measurement (e.g. blood pressure, heart rate, temperature etc.), blood glucose monitoring and diabetes management, photo-based skin lesion tracking or diagnosis, sensor-based medication compliance monitoring, diary-based pain management. These are just a few examples of how mobile device technology is contributing to the enhancement of healthcare services, allowing for a more evidence-based and patient-centric approach to healthcare, both of which have become more possible than ever via the use of mobile health apps.

While the possibilities for innovative healthcare apps and better healthcare services are ample, an important question arises regarding the reliability and safety of such apps in relation to their users. In answer to this question, the regulatory frameworks that apply to medical devices come to the foreground, setting down requirements and guidelines for the medical app developers and manufacturers to take into account and comply with.

– “as an accessory to a regulated medical device”, or

– “to transform a mobile platform into a regulated medical device”.

Within the frame of this guidance, if the intended use of an mHealth app, as stated in the relevant labeling materials, “is for the diagnosis of disease or other conditions, or the cure, mitigation, treatment, or prevention of disease, or is intended to affect the structure or any function of the body of man”, then such an app is to be considered, and regulated, as a medical device.

While not all mHealth apps are medical devices, even for those that are, the FDA presents the option of “enforcement discretion” towards apps that pose a lower risk to their users, and intends to regulate more strictly those apps that could pose a higher risk to their users if they were “to not function as intended”. As part of this regulatory framework, the same classification requirements apply (Class I, Class II, and Class III), as with the “traditional” medical devices, in order to ensure users’ safety and their function as per the manufacturers’/developers’ intentions.

These new regulations entered into force on 25 May 2017 and will progressively replace the existing directives after a transition period. Due to the Covid-19 crisis, the Medical Device Regulation’s (MDR) date of application was postponed by one year – until 26 May 2021. This postponement aimed to take the pressure off national authorities, notified bodies, manufacturers and other actors so they can focus fully on urgent priorities related to the coronavirus crisis. However, the IVDR Regulation corresponding date of application remains the same (May 2022).

These new regulations are following a proposal adopted by the European Commission in September 2012. According to this proposal:

“medical device means any instrument, apparatus, appliance, software, implant, reagent, material or other article, intended by the manufacturer to be used, alone or in combination, for human beings for one or more of the specific medical purposes of:

– diagnosis, monitoring, treatment, alleviation of or compensation for an injury or disability,

– investigation, replacement or modification of the anatomy or of a physiological process or state,

– control or support of conception,

– disinfection or sterilisation of any of the above-mentioned products, and which does not achieve its principal intended action by pharmacological, immunological or metabolic means, in or on the human body, but which may be assisted in its function by such means.”

The European Guidelines on the qualification and classification of stand alone software used in healthcare within the regulatory framework of medical devices (MEDDEV 2.1/6) set out the criteria for “stand alone software” (i.e. software that is not integrated within a medical device) which qualifies as a medical device, therein referred to by means of the term “Software as a Medical Device (SaMD)” and further defined as a “software intended to be used for one or more medical purposes that performs these purposes without being part of a hardware medical device”. Apps that fall under the SaMD definition are required to receive a CE mark, same as with other medical devices, and are also subject to the EU medical device classification (Class I, Class IIa, Class IIb, and Class III), for safety and appropriate development and use to be ensured.

Apart from the need for certain mHealth apps to be regulated as medical devices, the manufacturers of such apps also face the need to make their products accessible to as many people as possible worldwide. With over 3.8 billion smartphone users across the globe, 87% of whom always carry their smartphone with them, the potential of introducing a new product in as many markets as possible is very alluring, but also challenging, given the language and culture diversity of the receiving markets.

Surveys have shown that people primarily prefer to download mobile apps in their own native tongue, i.e. the version localized for their own locale, and this preference should perhaps be re-iterated as a need of paramount importance in the case of mHealth apps, given the nature of their functions and the sensitivity of the data processed.

But, apart from user-defined needs, specific localization requirements are also prescribed by the regulatory standards of each country, which determine what must be localized in the country’s official language(s) and what may not. For example, the new EU Medical Device regulation states that every medical device must be accompanied by a translation of all required documentation in each of the 24 official EU languages. Therefore, the localization step becomes a highly important part of mHealth app launches worldwide, in order to ensure not only an improved end-user experience, but also compliance as far as “apps regulated as medical devices” are concerned.

mHealth app localization specifics include the typical elements of medical translation, which focus upon accuracy, terminology consistency, subject matter expertise and optimal quality assurance processes, and also some more technical tasks. Such tasks are the functional testing of the localized app within the mobile operating system(s) (e.g. iOS, Android, etc.) for which it is designed, followed by the fixing of any identified bugs, and the linguistic review of the localized app, i.e. the review of the translated content within-context in order to ensure the correctness of the translations used and to check for any character corruptions or overflowing/truncated text or misplaced content. These tasks allow for a hands-on validation of the localized apps and aim at eliminating functional and linguistic issues which could reduce the usability of the apps, as well as the clarity and precision of their content.

As mHealth apps are changing the standards of healthcare services and open up new possibilities for patients and doctors alike through a constant evolution of innovative technologies and brilliant ideas, the regulatory standards and mHealth app localization processes are called to take a step further and grow in tandem, putting the spotlight on the safety and accessibility of their users.

If you want more information regarding mHealth app localization, get in touch! 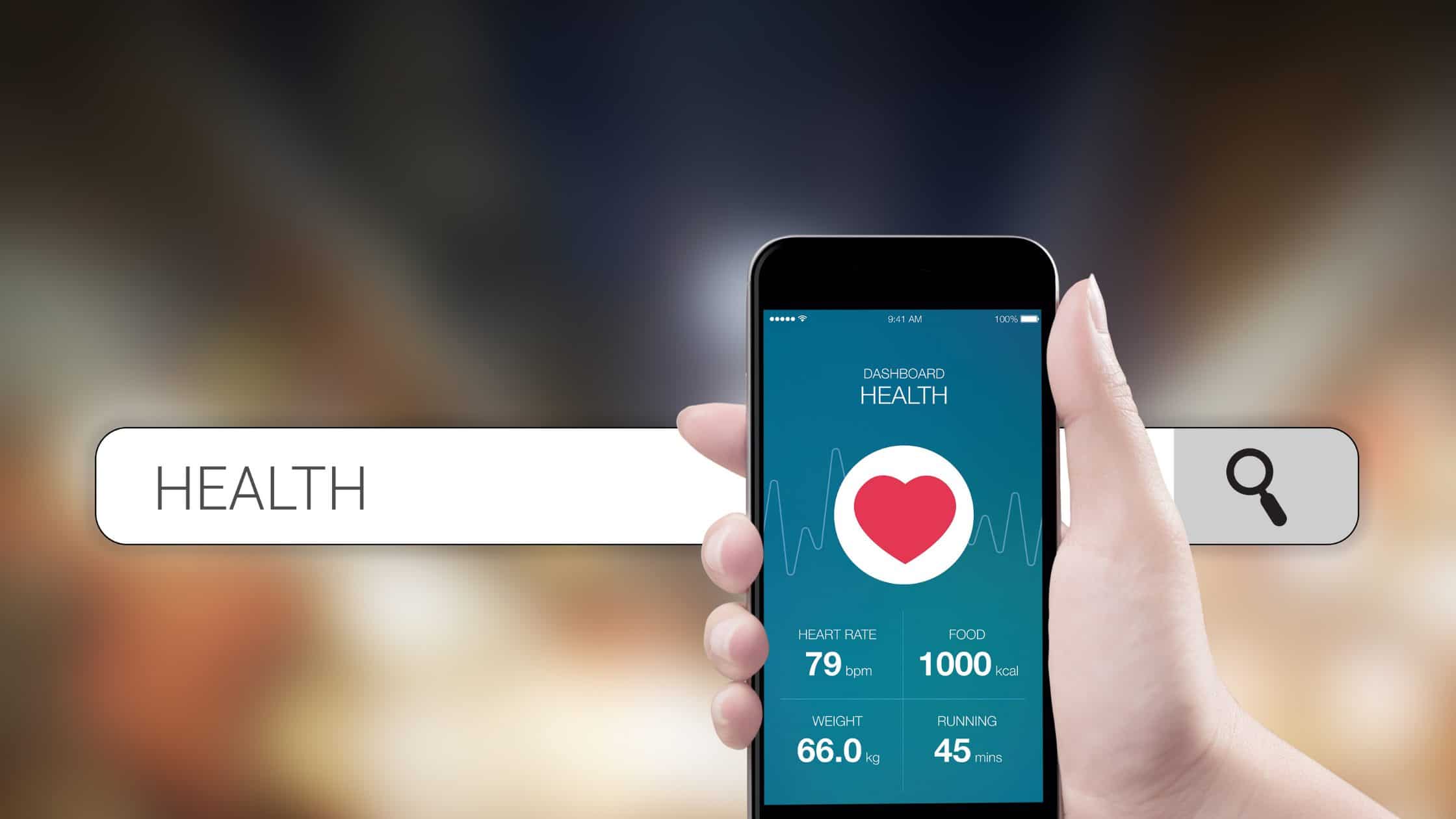 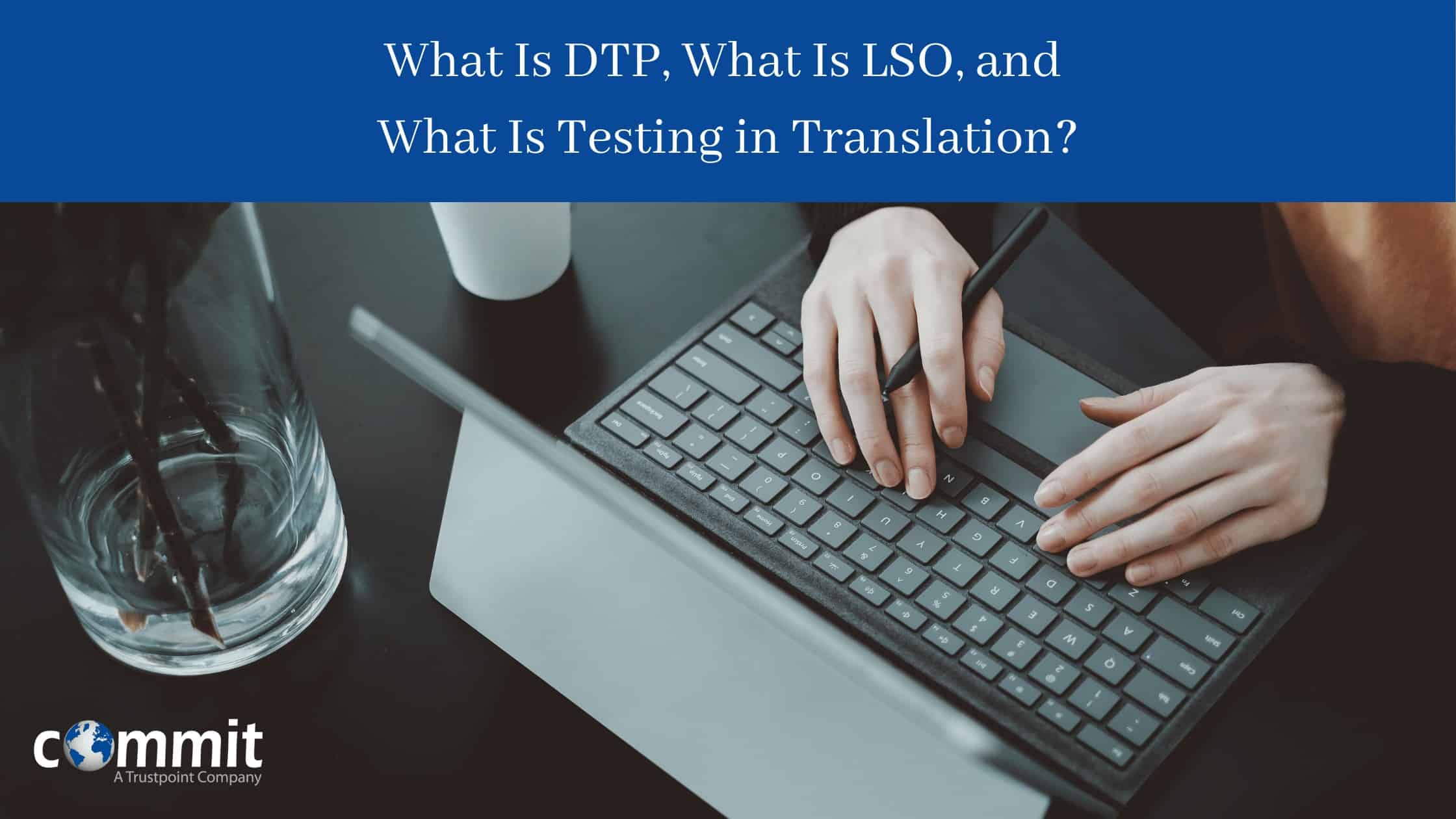 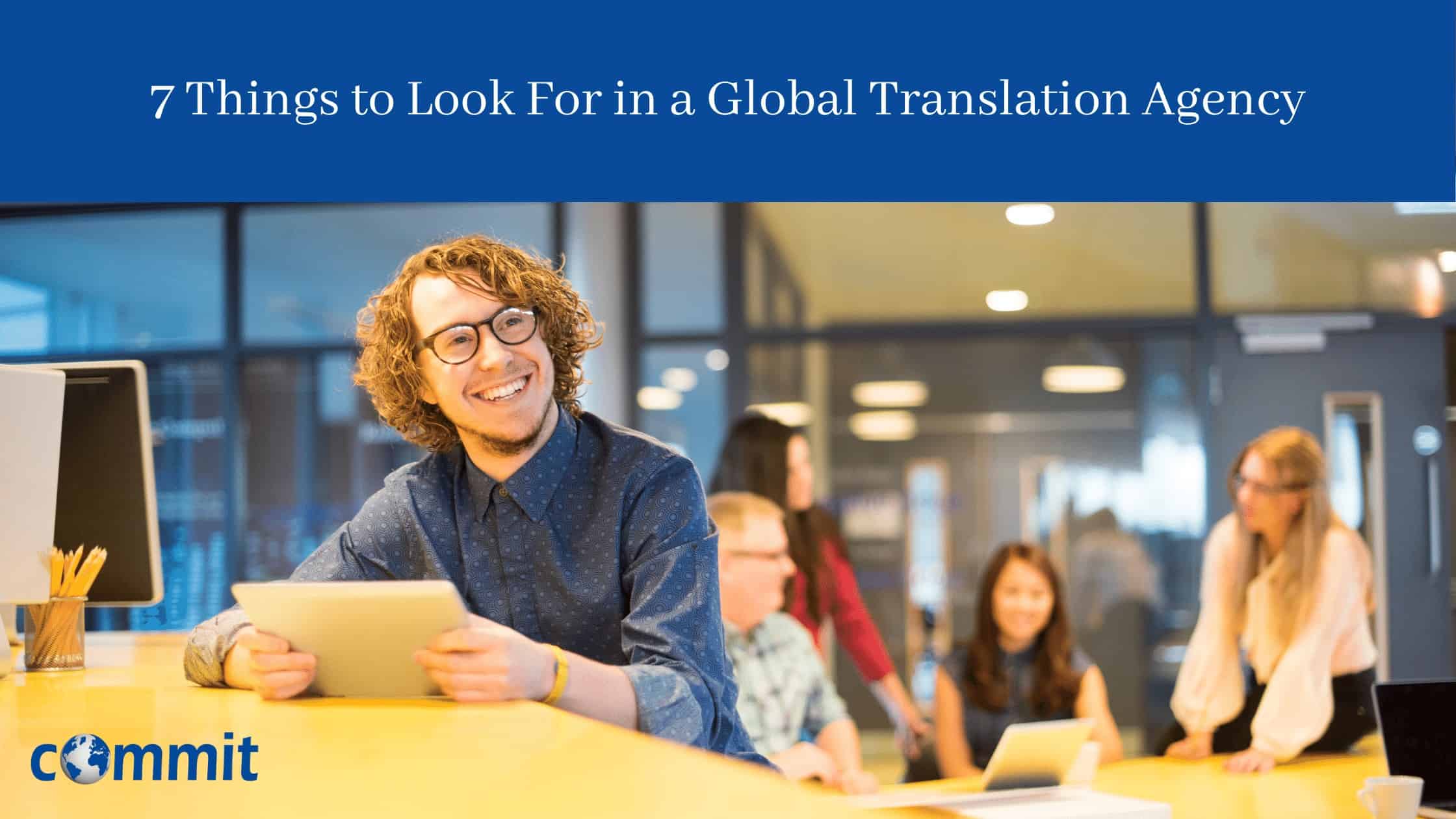 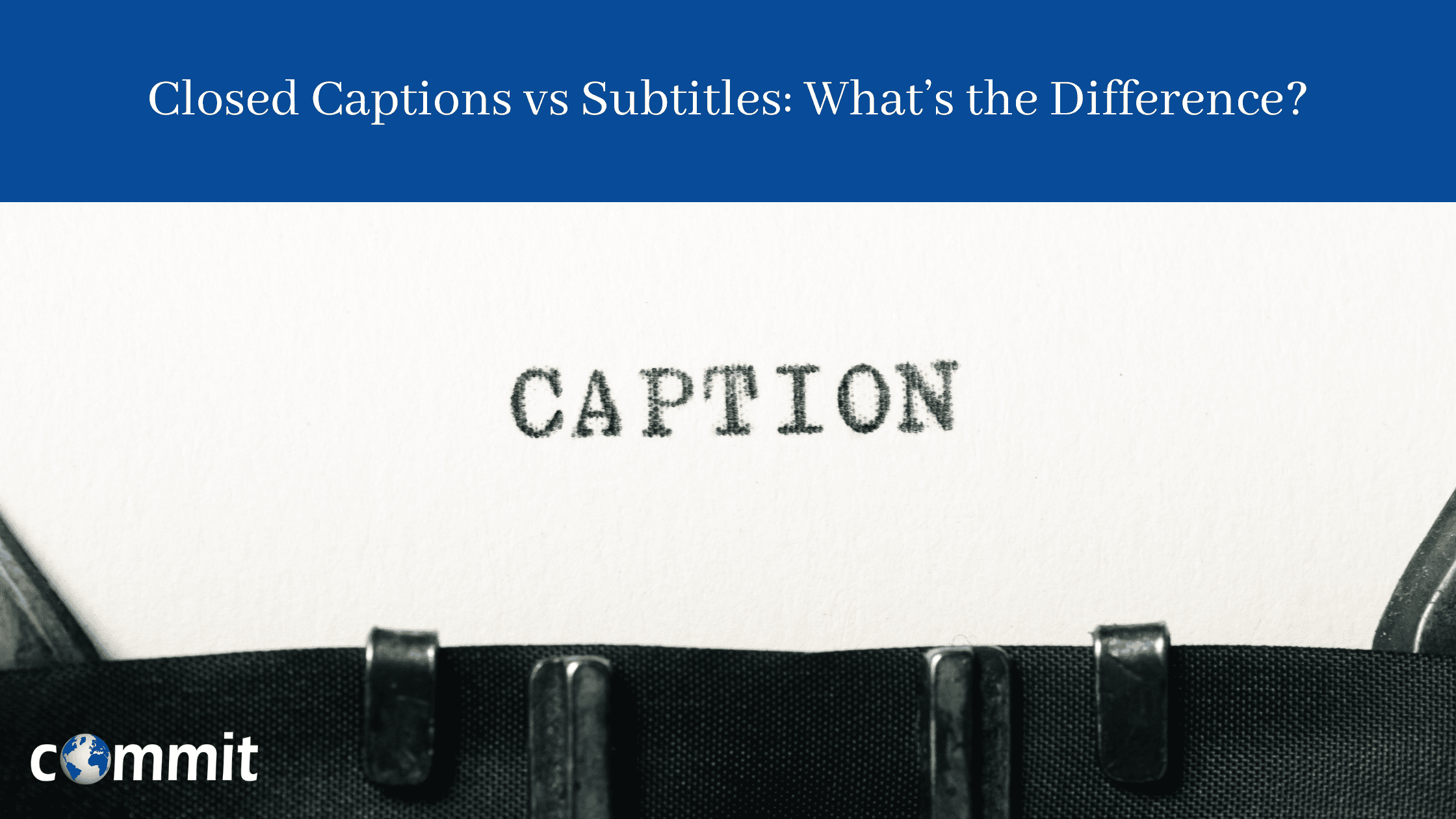 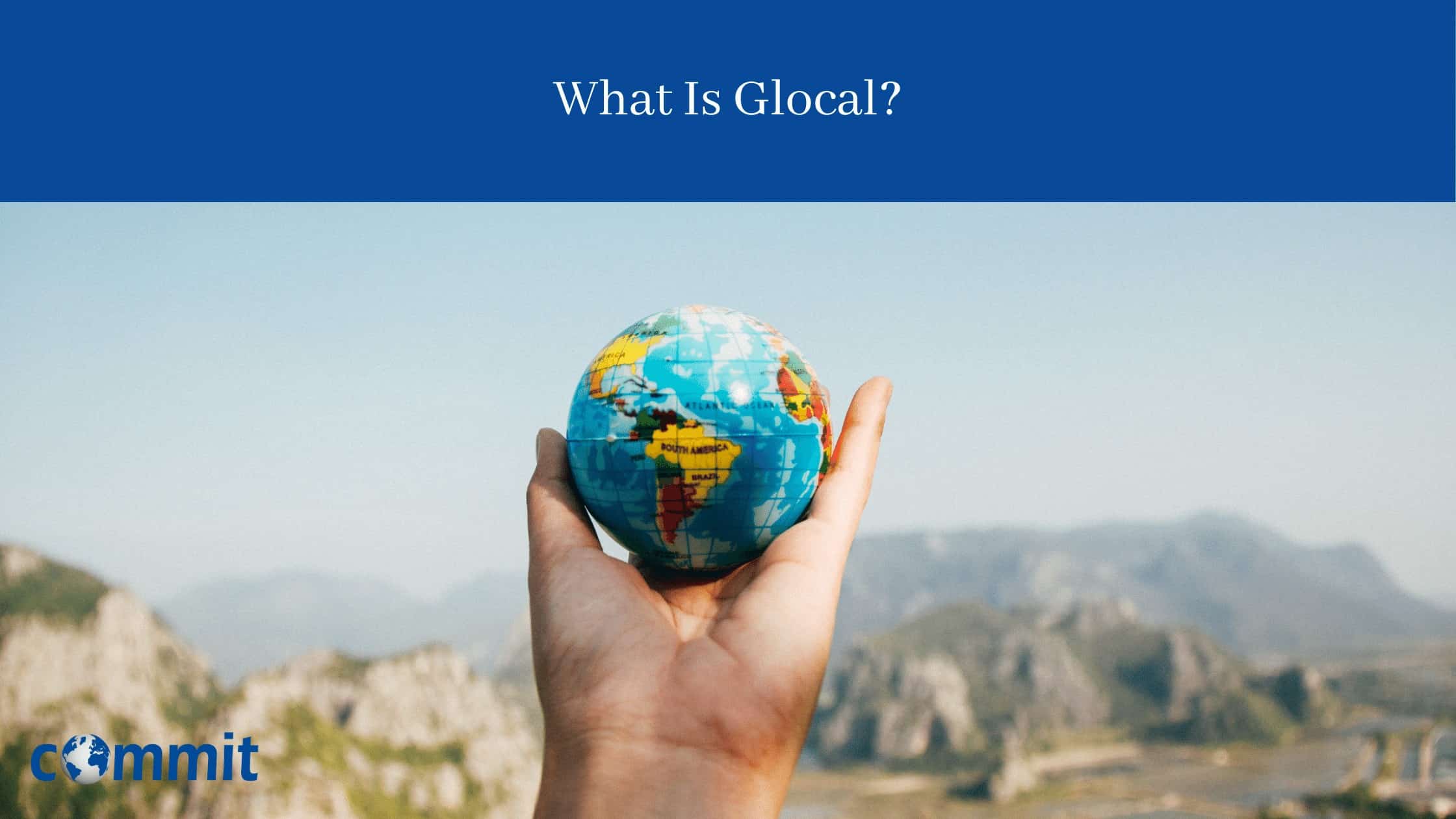