Follow the big money: Making your brand successful in Japan 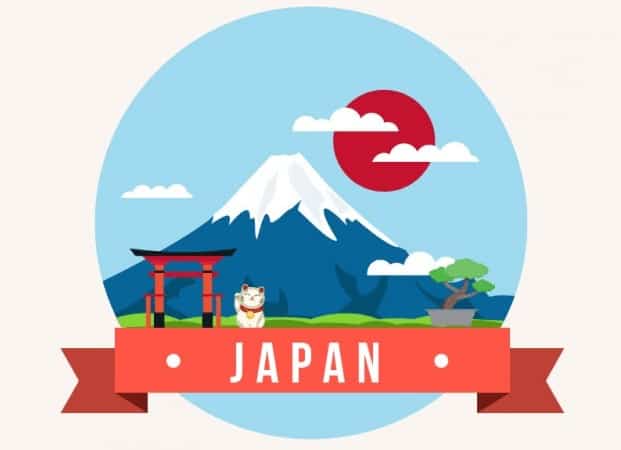 September 7th, 2013 – it was a happy day for Japan. The country elated over the news that Japan will host the 2020 Olympic games. The expected cost of throwing this world’s largest party is reported to be 3 trillion yen (over 26 billion in USD), and currently, the city of Tokyo is undergoing major (I mean, MAJOR!) development to build its infrastructure to support this event and to welcome the participants and the visitors from all over the world.

It is a BIG deal – not only because of the resources that are pouring into this 16-days-summer event, but also because of its history. It has been more than a half century since the last summer Olympics was held in this city. In 1964, Tokyo was the first city among Asian countries to host the Olympic games, for which the city went through a huge renovation of its infrastructure. They developed Shinkansen (the bullet trains), highways and sport arenas. Prior to this event, the city had unsuccessfully bid for the summer Olympics in 1940 and 1960. After the first Tokyo Olympics in 1964, for a long time, the city was absent from this bidding affair until the voting in 2009 for the 2016 Olympics. The city has been planning and preparing for the 2020 Olympics for more than 9 years and counting.

Enough said, so it is a huge event in Japan for its people; but, what does that have to do with the rest of us – beside our patriotism to root for our own countries? According to the research by Bank of Japan (BOJ Reports & Research Papers, December 2015), they estimated the number of visitors during this event will be over 920 thousand per day. The numbers of visitors are steadily increasing in Japan since 2011, and if this trend continues, Japan will have over 33 million visitors in 2020. Basically, a whole lot of people are expected to be visiting Japan from now until 2020.

Where there is increase in the number of visitors, naturally, the consumption will follow suite.  This is the very reason why Tokyo decided to take on this huge gamble – to boost its on-going deflated economy via tourism and development. Yes, it is a gamble – with the huge bill to be paid for this one summer event; however, the city of Tokyo is very much optimistic. They estimated its economic growth to be 32.3 trillion yen (over 286 billion USD) and 1.94 million jobs will be created until 2030 (Article issued by Nikkei Asian Review External Trade, March 7th, 2017). So, yup, that is big money. Interestingly, the foreign-owned enterprises started establishing their entities in Japan, and the number tripled since 2014 according to a report by Japan External Trade Organization (JETRO). Could this be the “Olympic effect”? We will probably find out in the next few years. One thing is certain – Japan is one of the “hot” countries that many industries are looking into right now.

The question is, are they ready to jump into the Japanese market? It is said to be one of the toughest markets, one you cannot simply approach with the one-size-fits-all marketing. A lot of successful foreign companies have come into Japan and failed miserably over the years – Carrrefour (France), Tesco(England), IHOP(USA), Boots(England), Old Navy(USA), Au Printemps(France) and Haagen-Dazs(USA) to mention a few. All of them are quite successful in their own and other countries; however, they did not quite make it in Japan. On the other hand, the major toy company, Toys”R”Us and Babys”R”Us who filed for bankruptcy in 2017 is still very much alive and doing well in Japan(Toys”R”Us Asia Limited), since it opened its first store in December 1991. That itself speaks of how different the market really is.

To be successful, you cannot just put your top-of-the-line popular products in the store and expect long-lasting revenue. Don’t get me wrong. It is not that Japanese people do not like foreign things. In fact, they do, but it just does not last long. A good example of this is Krispy Kreme Doughnuts. When they first opened, people lined up for hours, literally, HOURS! The first Krispy Kreme Doughnuts store in Japan had 7 hours waiting time. Yup, 7 hours to get a doughnut. However, now they are closing a lot of stores, and the company has been in the red for the past 3 years. The new CEO, Takako Wakatsuki, is switching gears to revive this business.

The successful companies seem to have common practices that crossover the industry types – selling something that’s specific to Japan. Starbucks is famous for adapting to Japanese culture introducing the flavors and looks that are suitable for the Japanese market. Take a look at the difference between Starbucks US and Japan’s new Frappuccinos for Halloween.

Photo from Starbucks US and Starbucks Japan websites

Japanese Frappuccino uses more food-like natural colors, whereas the US version uses very vivid purple and green which can be perceived as unhealthy and not tasty to many Japanese people. In fact, Krispy Kreme is trying to revive its business using the same methods as Starbucks by developing less sweet doughnuts and more photogenic doughnuts to appeal to the Japanese market. The word “Insta-Bae” (which means Instagenic) was selected to be the Keyword of the Year in 2017. Japanese people are crazy about reporting their new experiences (especially food related) on Instagram. If the product is Insta-worthy, it generates popularity.

Another key to success is to work together with Japanese partners and let them lead the way. The reason Toys”R”Us Asia Limited has survived the stiff competition of Amazon.com so far is because they have a very different business model from the way the US company was run. They, in fact, are increasing their number of stores, which at the first glance, doesn’t make sense. However, their strategy is such that unlike the usual large size store, they minimized the store space by more than 70-80%. With this limited space, the numbers of displays will be limited which drives them to select the most interesting toys and high-quality, easy to use nursery items to display for the customers to experience at the store. Basically, their stores now function as a showroom for their internet stores rather than a warehouse to store the products for sales which is what caused the US company to lose to their competition.

The uniqueness of the product lines and business models will not take off if there’s no marketing effort to promote its business. One of the backbones of the successful launch in the Japanese market will be localization – whether it’s a product specification or menus to marketing collateral, good localization practices cannot be separated from a successful business. When it comes to the client-facing reading materials, there is no space for errors. Japanese expect nothing short of perfection – that is the standard. The right expressions need to be used depending on the context (e.g., Formal and informal expression). Good quality localization will not only help to highlight your products and smoothen communication, but it should also boost your company image overall which is the gateway to winning people’s trust! Here are some tips for Japanese translation:

So here we are at the end of 2018 and less than two years until the Olympics. If your company has been considering to join the party (and share of the potentially huge pie), now might be the right time! 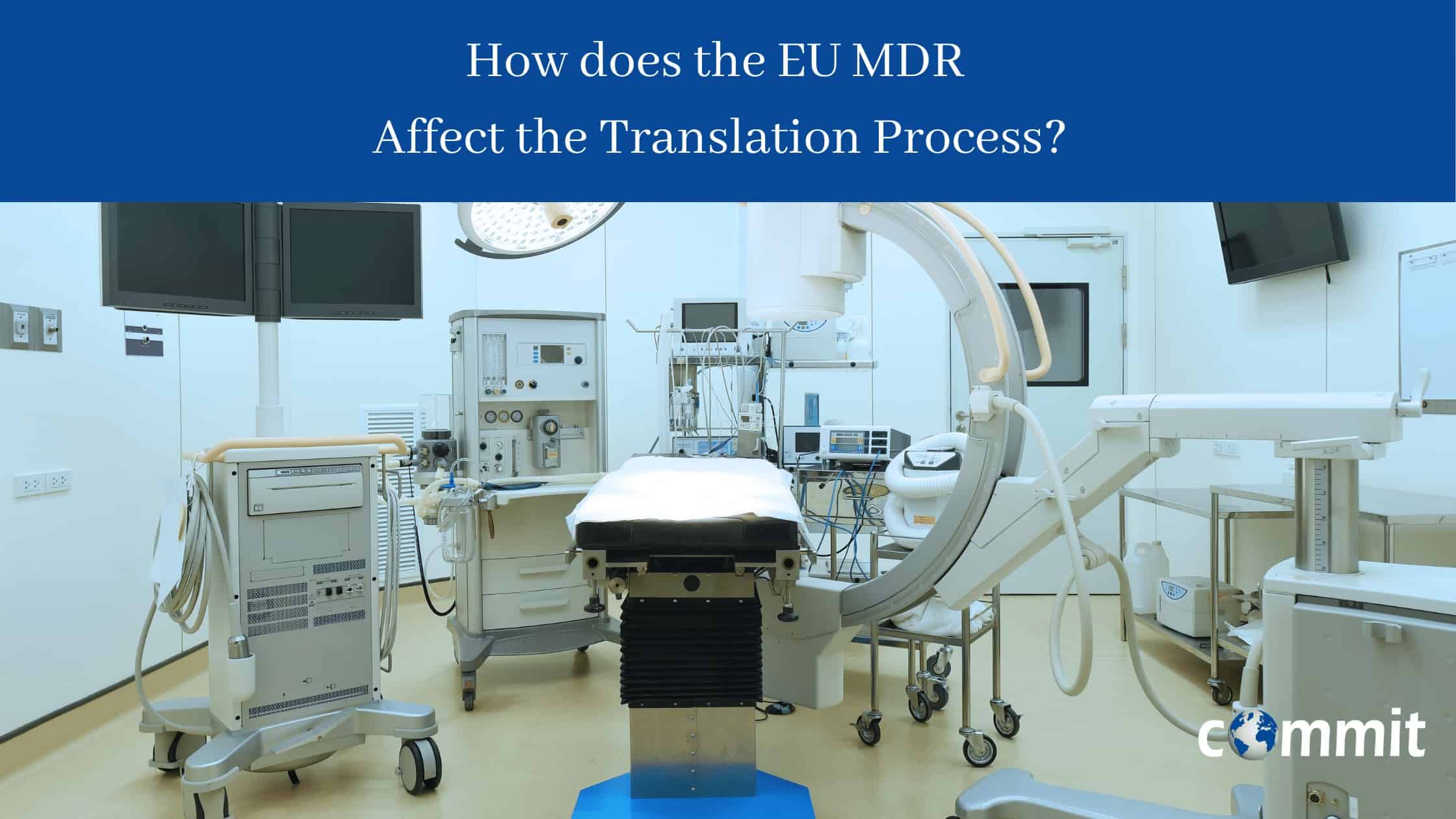 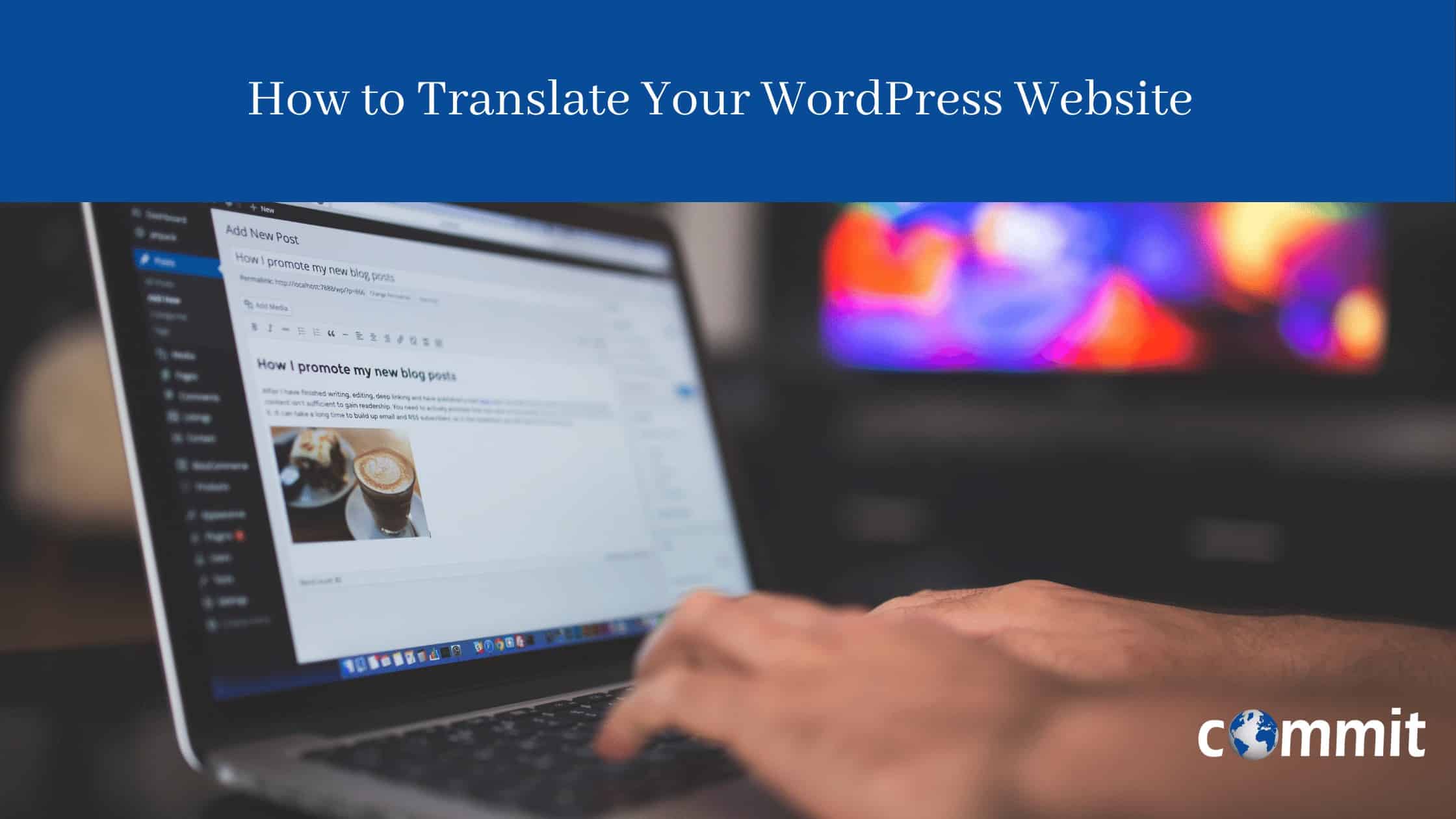 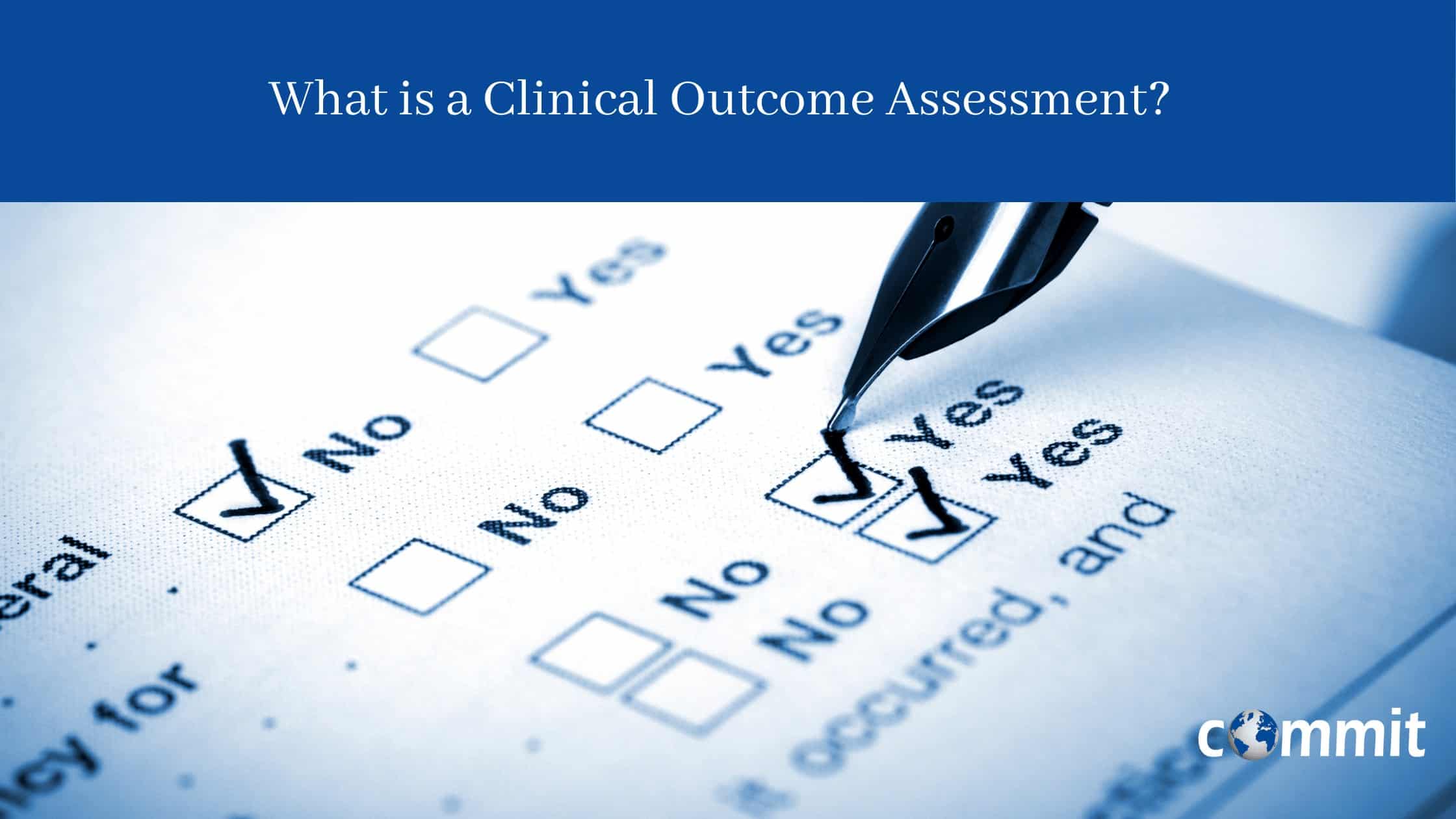 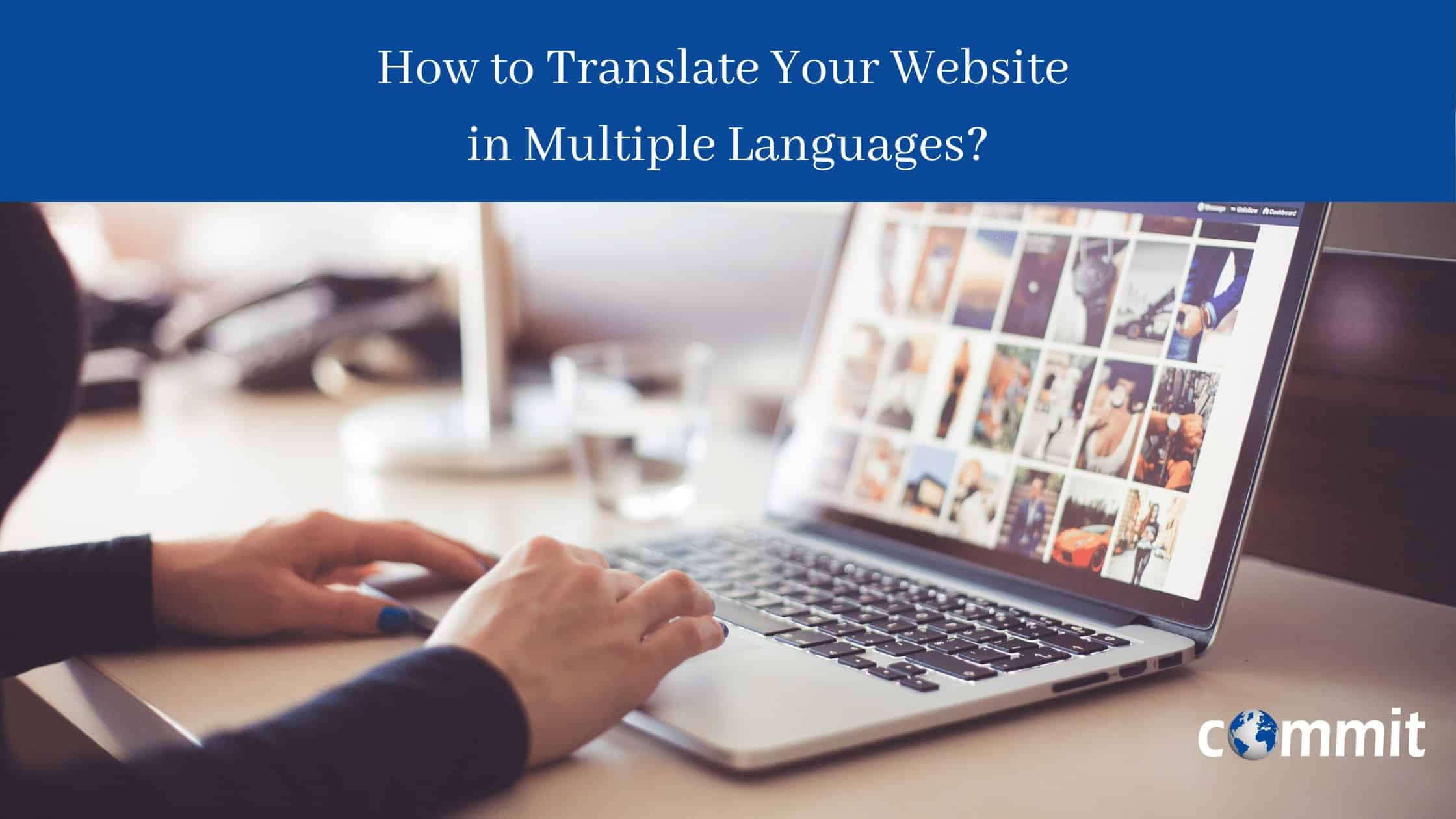 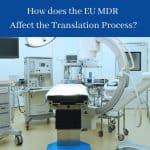